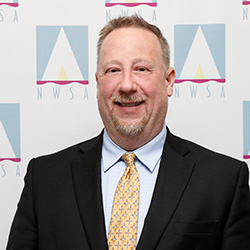 Dr. Hodgson first joined NWSA as a piano professor in 1999 and quickly rose to the position of Dean of Music in 2002, becoming Provost in 2010. A native of South Dakota, Dr. Hodgson began teaching while still in high school. He is an active educator and performer in the State of Florida and has coached and collaborated with opera and musical theater singers from Minnesota Opera, Connecticut Opera, and Goldcoast Opera, and toured with Tenor Joseph Evans. Dr. Hodgson has adjudicated competitions for MTNA and Federation, served as the State competition coordinator for MTNA and served on the Board of Directors of Miami Music Teachers Association (MMTA). He was nominated for the prestigious South Florida Carbonell award for musical direction of The Dead at GableStage. Dr. Hodgson has served on the accompanying faculty of the University of Miami Performing Arts Institute and Salzburg summer program. Dr. Hodgson studied piano with Luiz de Moura Castro, Boaz Sharon and Ivan Davis. He earned the Doctor of Musical Arts (DMA) degree from the University of Miami, the Master of Music (MM) degree from University of Florida, the Bachelor of Music (BM) degree from Hartt School of Music and studied at St. Olaf College.