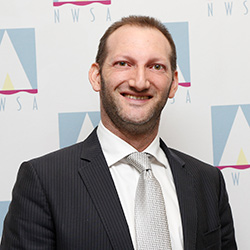 Daniel Andai is concertmaster, frequent soloist and guest conductor of The Miami Symphony Orchestra. He was also concertmaster and frequent soloist of the Philharmonic Orchestra of the Americas in New York with whom he recorded the Billboard's highly rated SONY Classical CD and made televised solo appearances for a crowd of millions during Mexico's Bicentennial celebrations at the Angel of Independence. He has held concertmaster positions with orchestras in Mexico, Brazil, Switzerland, and France, performed in the sections of the New York Philharmonic and the Miyazaki Festival Orchestra in Japan, and worked closely with members of the Emerson, Vermeer, Cassatt, and Miami String Quartets, and the New York Philharmonic, Pittsburgh Symphony, Metropolitan Opera, Berlin Philharmonic, Vienna Philharmonic, Philadelphia Orchestra, Chicago Symphony, New York City Ballet and New York City Opera, among others. Daniel Andai is the Artistic Director of the Killington Music Festival in Vermont and former violin professor at the University of Texas Pan American where he also chaired the Marialice Shivers Endowment in Fine Arts. He has served on the faculties of Miami Dade College and New World School of the Arts, and holds a Doctor of Musical Arts degree from the University of Miami, Master of Music and professional studies degrees from the Manhattan School of Music, and a Bachelor of Music degree cum laude from Lynn University Conservatory of Music. He received the High School Diploma from New World School of the Arts High School.